Seville, Spain is really a beautiful town with great historic culture in their buildings as well as their food. Other than visiting sites like the Plaza de Espana and Seville Cathedral, there is also a few good restaurants hidden in this small town. One such restaurant is the Taberna del Alabardero which is housed in a 19th century mansion.

The Taberna del Alabardero is actually a 4 star hotel which right in the center of the historic center of Seville with only 7 exclusive rooms. Once you enter the hotel, you will see the courtyard lounge where hotel guest can relax for a drink.

The main hall itself is quite small with only less than 10 tables so every table has very attentive servers attending to our needs. Like the rest of the building, the dining hall is decorated in a old fashioned glamour fashion which strongly reminds you of the 19th century. 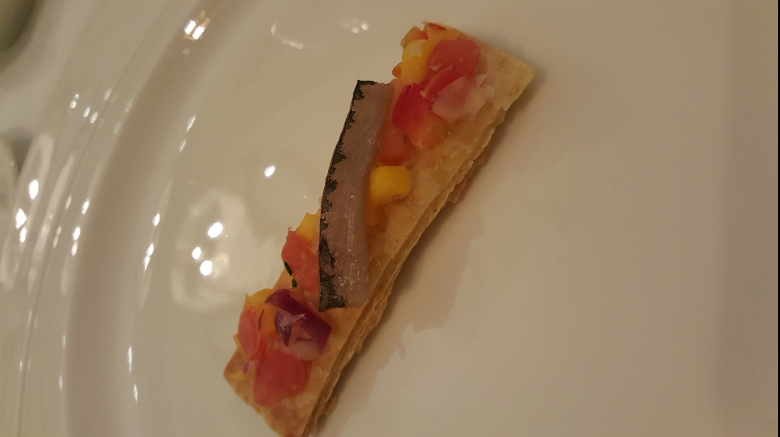 The roasted chicken leg is succulent with a crispy roasted skin. The dish was served with a couscous side which was very refreshing

The seared snapper fish was very fresh so the meat was soft and flaky when you poke it with the fork. The dish was paired with lightly dressed spinach and barley. The seasoning is generally quite light on the dishes.

The tenderloin steak was well cooked and tender according to my friend who had it and it was served with a potato puree.

For complimentary desserts, we were served chocolate madeleines, butter biscuits and some chocolate. There was nothing too spectacular about this other than being quite sweet.

Overall, the atmosphere at this restaurant is probably one of the best thing here although is food is ok by standards and there is probably better restaurants out there but the service does have certain lapse when they are busy. This is a nice place for celebrations and special occasions if you are not a gourmet eater.