When you are in Qing Jing, there is one tour you MUST do and cannot miss and it is the sunrise tour. For only TWD 400 per person (SGD 18 ) , the tour company will pick you up from your guest house, provide a guide as well as send you back to your door step. The duration of the tour is 3 hours and the pick up time varies from 3.30 am to 4.30 am depending on which guest house you are located. You can book for the tour on the day itself with your guest house and choose to either pay through your guest house or directly to the driver at the end of the tour.

The tours are very popular and as there are a few main operators that run this tour, you will see many of such mini buses driving around in the early mornings shuttling between home stays to pick up the guests. Each mini bus fits about 20 people and our pick up timing was about 4 am as we were the 2nd stop on the route. We asked for the loan of thick jackets in case it got too cold and it turns out that the operator provides jackets for everyone on the tour. The driver is also the guide who provides commentary about the different mountains and peaks. 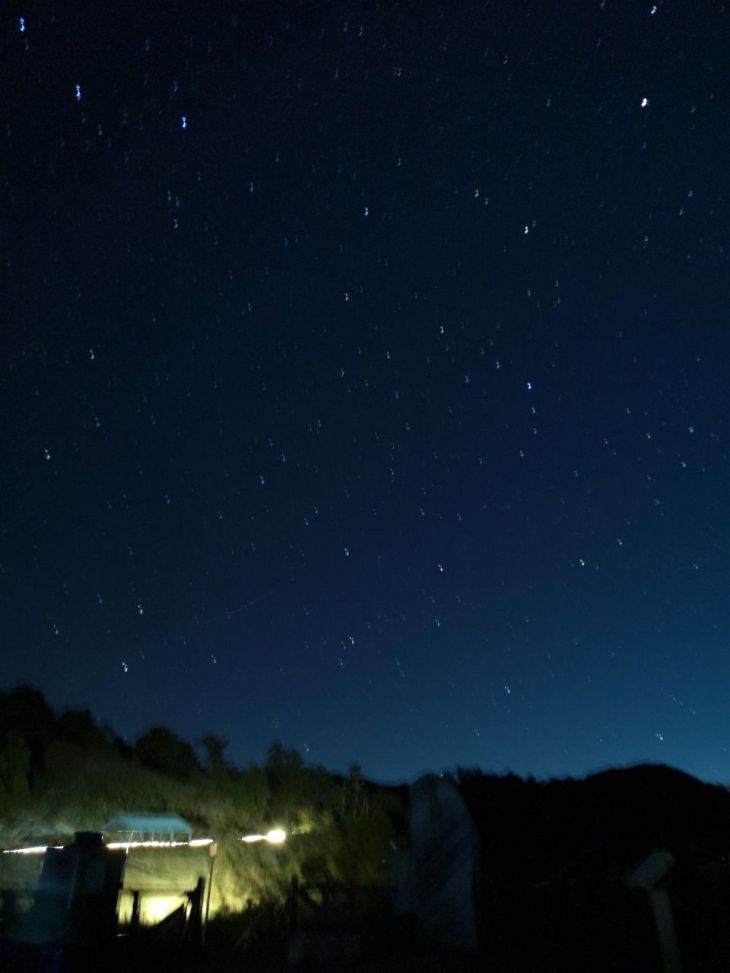 Our first stop for the tour was on a platform on Mei peak which is about 2400 meters above sea level.  The guide explained that this is the first stop to test if anyone on the tour had altitude sickness as 2400 meters above sea level will be the start of the symptoms. At the same time, it is also the chance for any tour mates to gauge if they needed more jackets. When we alighted, our very humorous guide did a 30 mins star gazing session while standing with full explanations of the stars we could see on that night with his laser pointer. With the naked eye, there were a lot of stars which could be seen and they were almost within your arms reach. After the 30 mins explanation, you have 10 mins to take pictures or just lay on the ground enjoying the sight. I tried to take some pictures with my Huawei and it was a pity I forgot my tripod.

After the star gazing session, we continued to drive further up He Huan Mountain and made a stop at the Lin Wu area for a toilet break as there was no toilet at the sunrise stop. The stop was for 10 mins and you could see some pretty mountainous view with the changing sky colours as the backdrop.

It was getting pretty cold up here so if you did not bring thick jackets, do take the ones provided by the tour. Personally, I brought the jacket I brought from Finland which keeps out the cold wind. My regret was not bringing gloves as my fingers were very cold from taking pictures. The tour buses were nice enough to shine the headlights on the board for pictures as most phone cameras would not have managed to take a picture. As a side note, I have to say Huawei’s Pro series night mode is a gem. 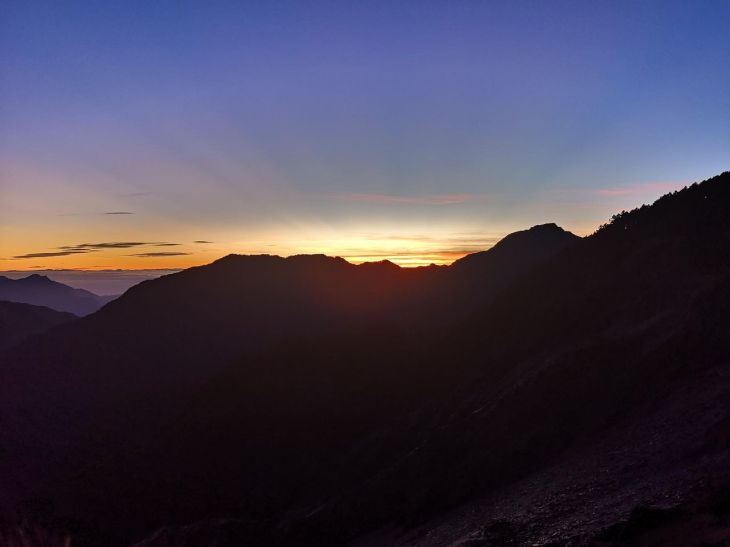 Next we drove for another 30 mins to the best spot to view the sunrise and our bus stopped at the side of the road. Beautiful sun rays were illuminating the mountains as they slowly rise.

The sun turned everything into a beautiful amber and the Huawei Pro actually managed to capture the sun and the human at the same time.

We were given more than an hour here to take as many pictures as we liked; from artistic ones like this, to jumping shots, to more sunrise shots.

Once the sky turns to a light baby blue colour and when the surrounding mountains are all lit up, the guide will get everyone on the bus to get to the last spot of the tour. By now, it was close to 7 am. 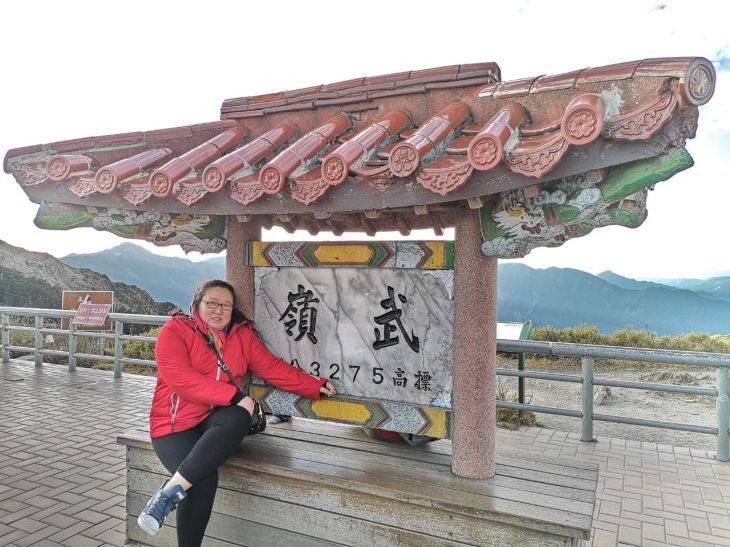 The last stop was Wu Ling where you can see the toilet located at the highest altitude as well as the pavilion showing the altitude of 3275 meters above sea level. 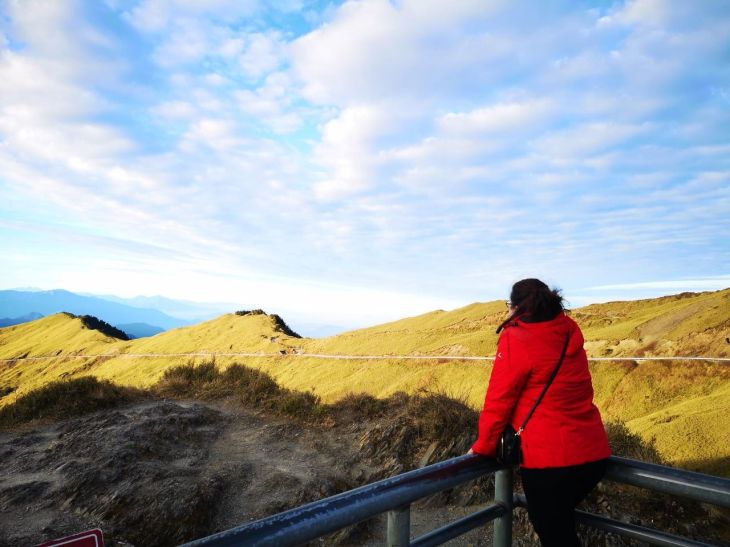 There will be chances to take many pretty pictures with the picturesque surrounding.

By the time the tour finishes, it will be close to 8 am and the bus will slowly make it’s way back down to the mountain and drop off each guest the same way and order they were being picked up. By the time, we reached our guest house, it was close to 8.30 am and just in time for breakfast.

Our bus operator was from OK Bus and I found the guide very informative and knowledgeable. Personally, this tour was the highlight of my Qing Jing tour and I would recommend everyone to try this tour.