Since I was bitten by the travel bug the first time in 2008, I have travelled intensively every year to strike off countries from my bucket list. Many times, I am asked by friends to name my favourite country or trip and I have to say that the post I am going to share is definitely top on my list without a doubt.  Yes, I am talking about the Northern Lights. Many people talk about seeing the lights but not many actually take that step to do it due to the costs. My post will tell you it is not that unaffordable after all.

I signed up for the tour with a group of friends with one of the agency in 2014 December taking the Lufthansa flight with a transfer at Frankfurt. The entire package covers all the flights, hotels and 13 meals for a 9 day tour costing SGD 4388

After a full day of flight from Singapore to Frankfurt for a transfer and finally to Helsinki, it is already in the evening and it is considered Day 2 of the tour.

We had a quick city tour around Helsinki City visiting a few of the important sights like the Senate Square. The Senate Square and its surroundings form a unique and cohesive example of Neoclassical architecture and make up the oldest part of central Helsinki. The square is dominated by four buildings designed by Carl Ludvig Engel: Helsinki Cathedral, the Government Palace, the main building of the University of Helsinki and the National Library of Finland

One of the most popular sight at the square is the white cathedral. The church is part of Helsinki’s Empire era centre and a landmark for those arriving by sea. It has become the symbol of the whole of Helsinki. A distinctive landmark in the Helsinki cityscape, with its tall, green dome surrounded by four smaller domes, the building is in the neoclassical style. 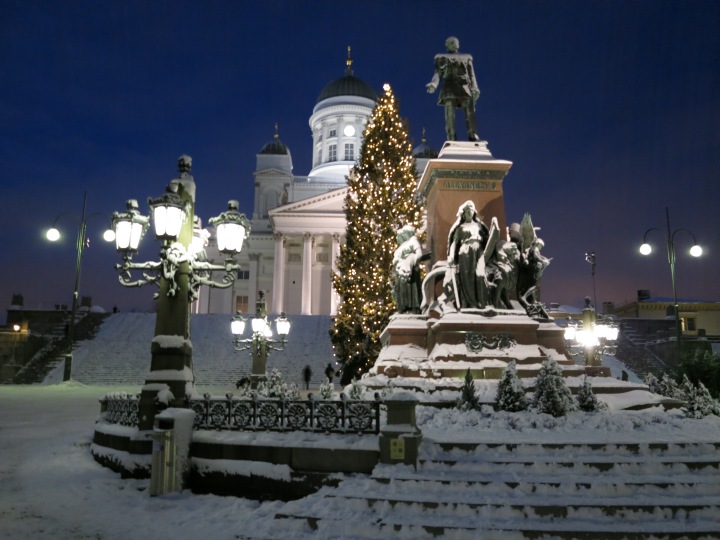 A statue of Alexander II (1894) stands in the middle of the Senate Square.

After a brief stop over at the Senate square for photo taking as most of the buildings were closed at night. We were brought to the Temppeliaukion Church which is a Lutheran church designed by architects and brothers Timo and Tuomo Suomalainen

Built directly into solid rock, it is also known as the Church of the Rock and Rock Church. The church was amazing with great echo with the audio playing and it feels very serene to be inside the church

Day one quickly came to an end as we proceeded to check in to our hotel for a rest. Most of us are exhausted by this time as we have flown for at least 18 hours including the time waiting for a transfer. The temperature is also extremely trying as it is minus 20 and it is a first for most of us. The hotel provided is 3-4 star and has all amenities needed. 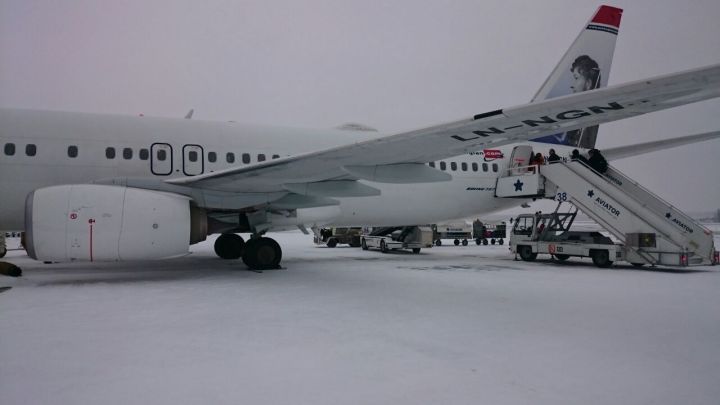 Day 2 starts pretty late with us packing up to take our domestic flight to Rovaniemi with a flight time of about 1hr 30 mins. Rovaniemi is the capital of Lapland, in northern Finland known for being the “official” home town of Santa Claus, and for viewing the Northern Lights. Quite a bit of time is wasted waiting around for the flight after checking in and the weather gets colder as we wait. 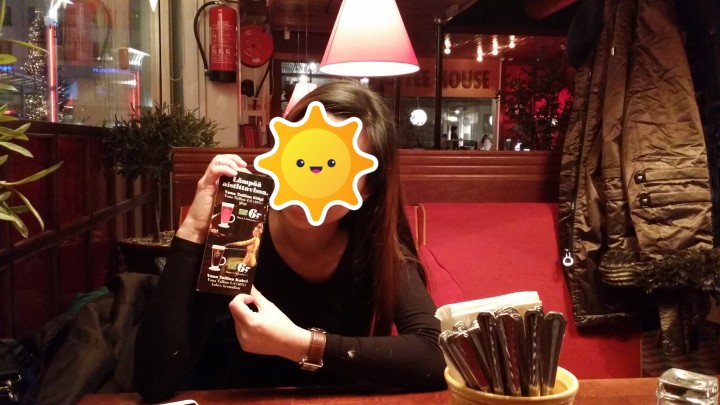 As it is winter, the sky gets dark extremely early at about 4.30 pm to 5pm, it looks like it is 8pm. The day we landed in Rovaniemi, it was Christmas Eve and dinner was not included in the package. So we were all allowed to wonder around the small town and also get our dinner. There is MacDonald’s, a large mall with supermarket as well as a few handful of restaurants. We opted for a western meal since it was Christmas and the meal was fairly more expensive as we paid slightly more than 15 Euro per person.

For the price, the meal was hot and delicious and the restaurant provided us with a warm shelter from the cold. At this point, Rovaniemi was much colder than Helsinki and is almost minus 28.

When we arrived back at the hotel, we had a great surprise as Santa Claus was doing his rounds visiting all the hotels around towns and distributing presents to young kids. The best part of it is that he came in a real sleigh pulled by a reindeer. 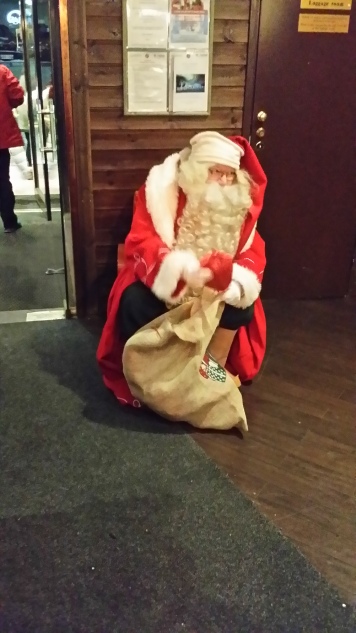 It was like a childhood dream come true to have Santa visit you during Xmas eve and even have the chance to take pictures with him.

After Santa left on his sleigh, we also went around town to try to catch the Northern lights. The interesting part of being in a tour group is that the guide will send out the probability if sightings in the group chats and also as they are subscribed to the local alerts, they will forward any light alerts to the group as well.

On our first night, we were very lucky to be able to catch the lights in the city. We had the entire group walking around the town to find the best place for pictures of the lights. My first sight was at a nearby park where it is further from the city lights. At minus 29 degrees, it was extremely cold and to take any pictures with your bare hands, it was extremely painful as you can feel your blood freezing. I was carrying a prosumer model which did not have very good lenses or settings but I managed to catch this sights.

The first 2 days might seem very boring as there was no much activity but it is difficult to describe in words the exhilarating feeling you get when you manage to catch the lights right in front of your eyes. The lights were simple breath taking and to catch them on the lens is an equally tough tasks. To top up the experience, seeing Santa on a sleigh and visiting us on Xmas Eve was also another highlight of day 2. There are more activities coming up in the next few days.