Xian is an important starting point for the Silk Road and is known as Changan in ancient times. Xi’an is often called the birthplace of Chinese civilization as it was the main capital during the Zhou, Qin, Han and Tang and 9 other dynasties, which is the most for any city. One of the most famous sights of Xian is the Terracotta Warriors museum. Besides Beijing, Xian is often marked as the 2nd most visited tourist location in China. If you only have 24 hours in Xian, here are some places you have to visit

Terracotta Warriors Museum 9am to 12 pm

The Terracotta Warriors has been stated as the international symbol of China’s history as they are historic pieces left behind from the Qin dynasty which is the first dynasty that unified China as well as the same era when the Great Wall of China was built. The museum covers over 20,000 square metres with 3 main buildings showcasing the different statues discovered over time.

The entire tour of the buildings will take approximately 2 – 3 hours as you listen to the explanation of the guide as well as jostle with the crowd to get nice pictures. The recommended time to visit is as early as possible so you can visit the museums leisurely. If you are visiting without a guide, you can easily find one at the ticket booths. For a more in-depth write up on the museum, you can read the post Terracotta Warriors

Other than the Great Wall of China, the Xian City Wall is one of the most well-preserved city walls since ancient China. In fact, the entire wall structure is intact although most of it was being restored after being destroyed. Scaling the wall is not tough at all as it takes a simple flight of steps to reach the top.  The entire wall which circles the ancient city is 13 km long and while on the wall, you can almost see all of the main Xian city centres with a bird’s eye view. It will take close to 2 – 3 hours to finish walking the entire stretch of the wall, however, you can also opt to cycle on the wall with rented bicycles. You can read in-depth details in this post 4D3N escape in Xian and Zhangye Part 3

One of the sight you will not be able to miss while walking around Xian City Center is the Bell Tower. The tower was built during the early Ming Dynasty in 1384 as a tower to inform the time to the city. It is one of the grandest in China and contains several large bronze-cast bells from the Tang Dynasty. There are many intricate carvings and details within the different levels of the tower that depicts the architecture style of the dynasty.

Just 10 mins away by foot lies the drum tower which is considered the sister building of the bell tower as they are called the morning bell and dark drums. The drums are used as a sign of emergency to warn the city of any impending dangers. The architecture style of the Drum Tower is a combination of the styles of the Tang Dynasty and the Qing Dynasty and something worth mentioning is that there is no single nail being used in the construction of the tower. In the year of 1996, a new drum, covered by a whole piece of cowhide was given a place on the Tower. It is the biggest drum in China at present and visitors can also enjoy musical performances within the tower. Information on the entry prices can be found in post 4D3N escape in Xian and Zhangye Part 3 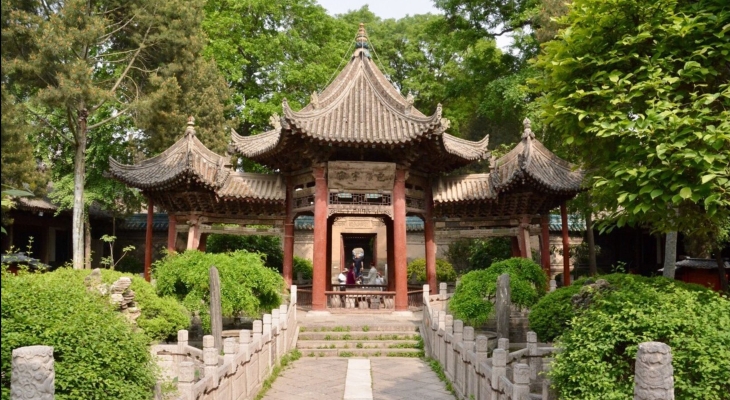 Another 10 mins walk from the drum tower will bring you to the Great Mosque which is located on Huajue Lane within the Muslim Quarters. The Great Mosque in Xi’an is one of the oldest, largest and best-preserved Islamic mosques in China. The Great Mosque was built in 742 during the Tang Dynasty when Islam was being introduced to China by the Arab merchants. The Great Mosque is extremely interesting as you will find mixed architecture styles throughout the area with traditional Chinese and Muslim styles.

The last most interesting place to visit in Xian City is the Muslim Quarter which is just a nice stroll from the Great Mosque. The Muslim quarter is the hub of the Muslims in Xian and contains over 10 mosques and have over 20,000 Muslim inhabitants. The main street is only 500 meters but there are also adjacent streets branching out into many other side streets all filled with stores and restaurants. The Muslim Quarters is the best place to get souvenirs related to Xian or generally items that have strong China cultural designs. There are also many restaurants here where you can get a taste of the local Xian cuisine which has strong spices due to its proximity to the Silk Road.

You can easier spend 3 hours visiting the Great mosque as well the other smaller mosque and also experiencing all the different street food, restaurants and filling up your shopping baskets in the many souvenir stores along Muslim quarters. As you finish up the day in Xian, make sure to stroll back to the drum tower, bell tower and city walls as they all illuminated in the evening and look absolutely beautiful. Beyond the walls, there are modern pubs and restaurants within the garden surrounding the walls where the old water moat used to be; to end the day.